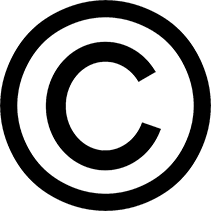 The original construct, granting exclusive reproduction rights to the creator.

Copyright symbol – a circle with the letter “C” inside

Creative Commons codifies the licensing of copyright permissions to facilitate the sharing of created works.

Creative Commons symbol – a circle with letters “CC” inside 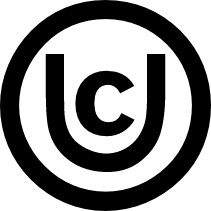 like, for instance, the Uncommonly Creative concept itself. It’s highly original; I made it up myself.

What started as a word-swap pun (Creative Commons → Uncommonly Creative) resulted in a symbol that became a watermark. Then it became a branding icon (at least in my mind, if only for a moment).

symbol to watermark a number of graphic projects for a few months.

Designing the symbol to fit the style of the first two was a fun exercise. Beyond that, it looks like it could be a real thing, but it’s not. Nobody would know what it means without an explanation (like this page gives) and that’s way more work than is warranted for an obscure, pun-inspired redesign of a logo.

Besides, there is a Creative Commons license already extant that awards the right mix of permissions for my creative pieces showcased on this site. It is:

Except where otherwise noted, content on this site by Ned “imagiNed” Buratovich is licensed under a Creative Commons Attribution-NonCommercial-ShareAlike 4.0 International License

In layman’s terms, that means you can share the shit out of it, tweak it and even use it in other works, just as long as you give credit where credit is due, dudes and dudettes.